The Sun has been worshiped as a life-giver to our planet since ancient times. The industrial ages gave us the understanding of sunlight as an energy source. India is endowed with vast solar energy potential. About 5,000 trillion kWh per year energy is incident over India's land area with most parts receiving 4-7 kWh per sq. m per day. Solar photovoltaics power can effectively be harnessed providing huge scalability in India. Solar also provides the ability to generate power on a distributed basis and enables rapid capacity addition with short lead times. Off-grid decentralized and low-temperature applications will be advantageous from a rural electrification perspective and meeting other energy needs for power and heating and cooling in both rural and urban areas. From an energy security perspective, solar is the most secure of all sources, since it is abundantly available. Theoretically, a small fraction of the total incident solar energy (if captured effectively) can meet the entire country's power requirements.

There has been a visible impact of solar energy in the Indian energy scenario during the last few years. Solar energy based decentralized and distributed applications have benefited millions of people in Indian villages by meeting their cooking, lighting and other energy needs in an environment friendly manner. The social and economic benefits include reduction in drudgery among rural women and girls engaged in the collection of fuel wood from long distances and cooking in smoky kitchens, minimization of the risks of contracting lung and eye ailments, employment generation at village level, and ultimately, the improvement in the standard of living and creation of opportunity for economic activities at village level. Further, solar energy sector in India has emerged as a significant player in the grid connected power generation capacity over the years. It supports the government agenda of sustainable growth, while, emerging as an integral part of the solution to meet the nation’s energy needs and an essential player for energy security.

National Institute of Solar Energy has assessed the Country’s solar potential of about 748 GW assuming 3% of the waste land area to be covered by Solar PV modules. Solar energy has taken a central place in India's National Action Plan on Climate Change with National Solar Mission as one of the key Missions.  National Solar Mission (NSM) was launched on 11th January, 2010. NSM is a major initiative of the Government of India with active participation from States to promote ecological sustainable growth while addressing India’s energy security challenges. It will also constitute a major contribution by India to the global effort to meet the challenges of climate change. The Mission’s objective is to establish India as a global leader in solar energy by creating the policy conditions for solar technology diffusion across the country as quickly as possible. The Mission targets installing 100 GW grid-connected solar power plants by the year 2022. This is line with India’s Intended Nationally Determined Contributions(INDCs) target to achieve about 40 percent cumulative electric power installed capacity from non-fossil fuel based energy resources and to reduce the emission intensity of its GDP by 33 to 35 percent from 2005 level by 2030.

Recently, India achieved 5th global position in solar power deployment by surpassing Italy. Solar power capacity has increased by more than 11 times in the last five years from 2.6 GW in March,2014 to 30 GW in July, 2019.  Presently, solar tariff in India is very competitive and has achieved grid parity. 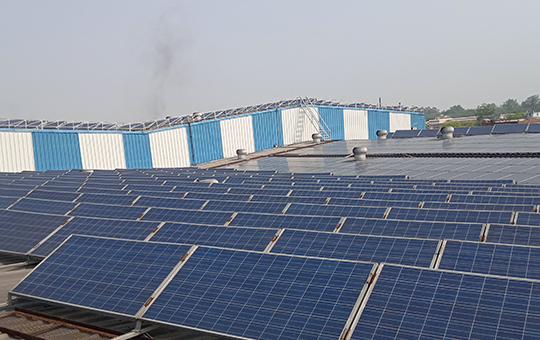 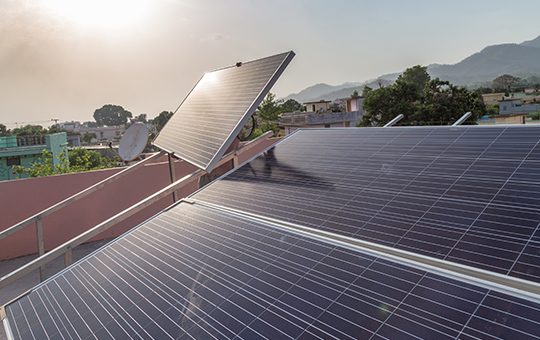 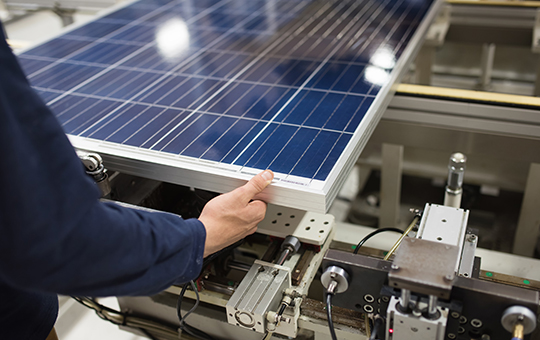